Carlos Martínez, master of the art of mime, celebrates his 40th stage anniversary in 2022. He looks back on a lifetime of original work with his commemorative show “Vitamimo”. Without a word, the artist tells poetic tales with his constellation of gesture and expression for the world to enjoy. The stories come to life in the spectator’s imagination and remain in the heart. Always following the line of classical mime, the actor tests the limits of this exclusive art. He develops it and makes it his own personal language. This unique dimension is what has allowed Carlos Martínez to gain loyal followers around the globe.

Vocation
Carlos Martínez was born on September 30, 1955 in Pravia (Asturias, Spain). His talent as an actor was awakened early in his life. Having relocated to Barcelona with his family as a teenager, he joined an amateur theater group and there discovered his love for the stage. His studies began in 1980 at the Taller de Mimo y Teatro Contemporáneo, before moving on to El Timbal a year later. Between 1982 and 1987 he perfected his acting abilities with teachers of the category of Manuel Carlos Lillo and Jorge Vera. Well into his professional career, he decided to investigate the scientific dimension of his art by completing a Master in Non-Verbal Expression at the University of Alicante. Much of what he had learned in drama classes was confirmed in these academic studies. As to be expected, his master’s thesis centered on non-verbal expression in theater. In 1982 Carlos Martínez had already decided that his professional future lay in the art of mime. From then onwards he perfected this art until it became an innovative way of story telling. His audience is moved without a single spoken word on stage. To this end, the artist uses his Spanish temperament and humor with rhythm and precise technique. A language that everyone understands, regardless of national cultures. This allows Carlos Martínez to perform not only throughout Europe, but also in Africa and Asia as well as in the Americas.

Awards
Hundreds of minimalist stages, theaters, concert halls, auditoriums and events have welcomed the artist. In 2017 the World Mime Organization honored him with its annual award for his extraordinary service in stimulating the Art of Mime. In 2015, in his Asturian homeland, the Foro Europeo Cum Laude awarded Carlos Martínez a gold medal for his contribution to culture. Likewise, the mayor of the city of Amman (Jordan) awarded him with a plaque of honor in 2014. In Portugal in 2009 he won the Audience Award at the Fundão TeatroAgosto Festival for the show “Books Without Words”. Prior to that he had already won the prestigious Audience Award at the Almada Theater Festival for “Hand Made”. The actor’s stunning and surprising silent narratives based on biblical texts earned him the award of the German ecumenical foundation Bibel und Kultur in 2002
Solo Shows

Frequently invited guest in projects of other artists such as:
• Tours and events with the German singer-songwriter Clemens Bittlinger
• “Josa and the Magic Fiddle”, a musical performance with the Swiss singer-songwriter Linard Bardill.
• “Pictures at an Exhibition” by Mussorgsky, with the Zurich Tonhalleorchester directed by Vladimir Ashkenazy, staged by Linard Bardill in collaboration with the Opera Ballet School and Robinson Children’s Circus.
• “Imaginatio Miraculosa” with the Variation Project Orchestra (Bern) conducted by Droujelub Yanakiew.
• Joint performance with the Italian author and storyteller Ferruccio Cainero, at the initiative of the Casino Theater in Winterthur.

Commissioned Work
The artist’s repertoire includes pieces and shows for organizations and companies. One of the most challenging and memorable projects was commissioned by the Swiss Red Cross in 2014 with purpose of giving life and visibility to the fundamental principles of the institution: neutrality, humanity, impartiality, independence, voluntary service, unity and universality. In a half-hour program, with the help of his director Robert Long, Carlos Martínez turns these abstract concepts into stories that the audience can experience and absorb.

Teacher, Speaker and Director
Carlos Martínez is sought out to teach in person and virtually. His students include both amateurs and professionals. In addition, he teaches master courses at universities and drama schools, and lectures on body language and non-verbal communication. Carlos Martínez has initiated a number of theater groups inspiring young talents. He has directed professional stage artists such as Christoph Schwager or Peter Wild. 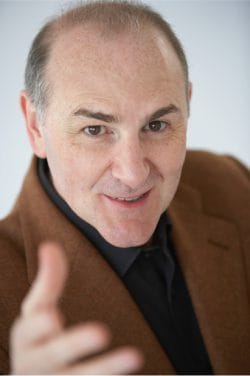